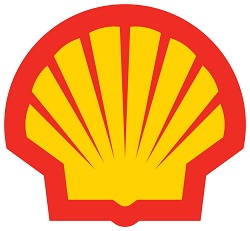 Bio:
Prof. Veerle Cnudde received a PhD in Geology and is currently a research professor at Ghent University (Belgium). She is teamleader of PProGRess (www.pprogress.ugent.be), the Pore-scale Processes in Geomaterials Research group (Dept. of Geology, UGent) and one of the coordinators of the Ghent University Centre for X-Ray Tomography (UGCT). Her research team specializes in non-destructive imaging of geomaterials and has a strong expertise in real-time imaging of processes in the pore space. Research projects, which she initiated are strongly linked to multi-phase fluid flow, evolving pore structures, dissolution and precipitation of minerals and in general weathering processes of porous sedimentary rocks.

Prof. Veerle Cnudde has published 138 peer-reviewed journal articles, and her research is strongly supported by grants from (inter)national funding agencies as well as by funding from private companies. She currently supervises 2 post-docs and 13 PhD students all working on geological and interdisciplinary research topics. She is one of the co-founders of InterPore BENELUX and currently elected Council Member of InterPore.

Title:
Thermal Simulation: Will we ever figure this out?

Bio:
I was born and raised in the Netherlands. After receiving my MS degree in Applied Mathematics at the University of Delft, I moved to the U.S. in search of hillier and sunnier places. In 1996 I received my Ph.D. in Scientific Computing and Computational Mathematics at Stanford University. Before returning to Stanford in 2001, I spent nearly five years in Auckland, New Zealand as a faculty member in the Department of Engineering Science.

I’m a professor in the Department of Energy Resources Engineering at Stanford, interested in computer simulation and mathematical analysis of engineering processes. From 2010 to 2018, I directed the Institute for Computational and Mathematical Engineering (http://icme.stanford.edu). Since 2015, I'm the Senior Associate Dean for Educational Affairs in the School of Earth, Energy and Environmental Sciences.
I specialize in renewable and fossil energy production. I am also active in coastal ocean dynamics and yacht design, as well as several areas in computational mathematics including search algorithm design and matrix computations.

Bio:
Bernd Flemisch studied mathematics at the University of Augsburg and received a master's degree in mathematics from the Iowa State University in 2001. From 2001 to 2006, he was a doctoral student at the Institute of Applied Analysis and Numerical Simulation, University of Stuttgart, under the supervision of Barbara Wohlmuth. After his promotion, he turned to the engineering sciences and is currently associate professor in the Department of Hydromechanics and Modelling of Hydrosystems (LH2) at the University of Stuttgart. His research interests encompass computational models for porous media flow, transport and deformation phenomena, model coupling and decoupling as well as advanced discretization and solution techniques. He coordinates the development of the open-source porous-media simulator Dumux. Bernd Flemisch is also involved in several third-party funded research projects. Most notably, he participates in the Cluster of Excellence "Data-Integrated Simulation Science" (EXC 2075) and is a principal investigator in the Collaborative Research Centre "Interface-Driven Multi-Field Processes in Porous Media" (SFB 1313).